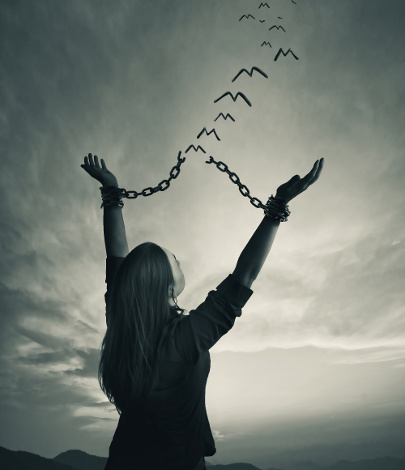 Types of Bail
There are five different types of bail, although some of them are used less frequently than others. Let’s start with the most common ones.

Cash Bail
Cash bail means that the accused pays the full amount of bail in cash. Sometimes the court accepts checks or even a credit card.

Surety Bond
Also called a bail bond, a surety bond can be used for any amount of bail, but it is especially useful when the accused can’t afford to pay his or her bail. This type of bail often involves a friend or relative of the accused contacting a bail agent, also known as a bail bondsman. A bail agent is backed by a special type of insurance company called a surety company and pledges to pay the full value of the bond if the accused doesn’t appear in court. In return, the bail agent charges his client a 10 percent premium and requires a cosigner or collects some sort of collateral (i.e. a title to a house, car or boat, or jewelry or electronics).

By getting a friend or relative involved, the bail agent hopes that the defendant feels compelled to appear in court, since this friend or relative is probably paying the bail agent’s premium and has collateral on the line. The bail agent’s bond is also at stake, and if the defendant doesn’t appear in court (known as skipping or jumping bail), then it will be the agent who’s responsible for paying the entire bond. If the defendant skips a court date, the bail agent, and even the family or friends of the defendant, might seek out a bail enforcement agent, assuming it’s legal in that state.  Commercial bail bonding is illegal in Illinois, Oregon, Wisconsin and Kentucky. Some states require bondsmen to be licensed. If you are in need of a bail bondsman call our office immediately (801) 364-0572.

Release on Citation (Cite Out)
In some cases, an officer will not book a suspect at all but will instead issue a citation saying that the accused must appear in court. While this process is less thorough than taking a suspect to a police station and performing the formal booking procedure, it allows the arresting officer to focus on catching more serious offenders.

Release on Own Personal Recognizance
A judge may also choose to release a suspect on his own recognizance, meaning that he is responsible for showing up for court dates and does not have to pay bail. Personal recognizance is usually only allowed when the charge involves a relatively minor, nonviolent crime and if the defendant is not considered a danger to anyone else or a flight risk – meaning that it’s highly unlikely that the person will flee and not appear for his or her court date.

Dealing with Bail Bond Agents
Though bail bond agents may seem like part of a sordid business since they’re constantly dealing with accused criminals, it’s still a business like any other. Like with any professional, ask to see a bail bondsman’s license and identification. Most agents charge a premium of 10 percent, but there may be some additional charges. Have the agent explain these charges and present them in an itemized list. Similarly, get receipts for everything, and request copies of anything you sign. (Be sure to review any documents you are asked to sign.) Like with any type of loan, don’t get talked into financing that you can’t afford.

If you’re employing a bail agent on behalf of a friend or relative, your agent should be available to you for questions and assistance. In all likelihood, he will be, since he has a vested interest in making sure his clients show up for their court dates. Technically, the defendant is in his custody and is his responsibility. Even so, if it seems that an agent won’t be available to talk to you, move on to someone else. There are many options available that can easily be found in a phone book, through a lawyer or online(www.deweysbailbonds.com).

While there are federal laws about bail procedure, state laws vary. Try the American Bail Coalition’s website for more information on bail and bounty hunter laws in your state.